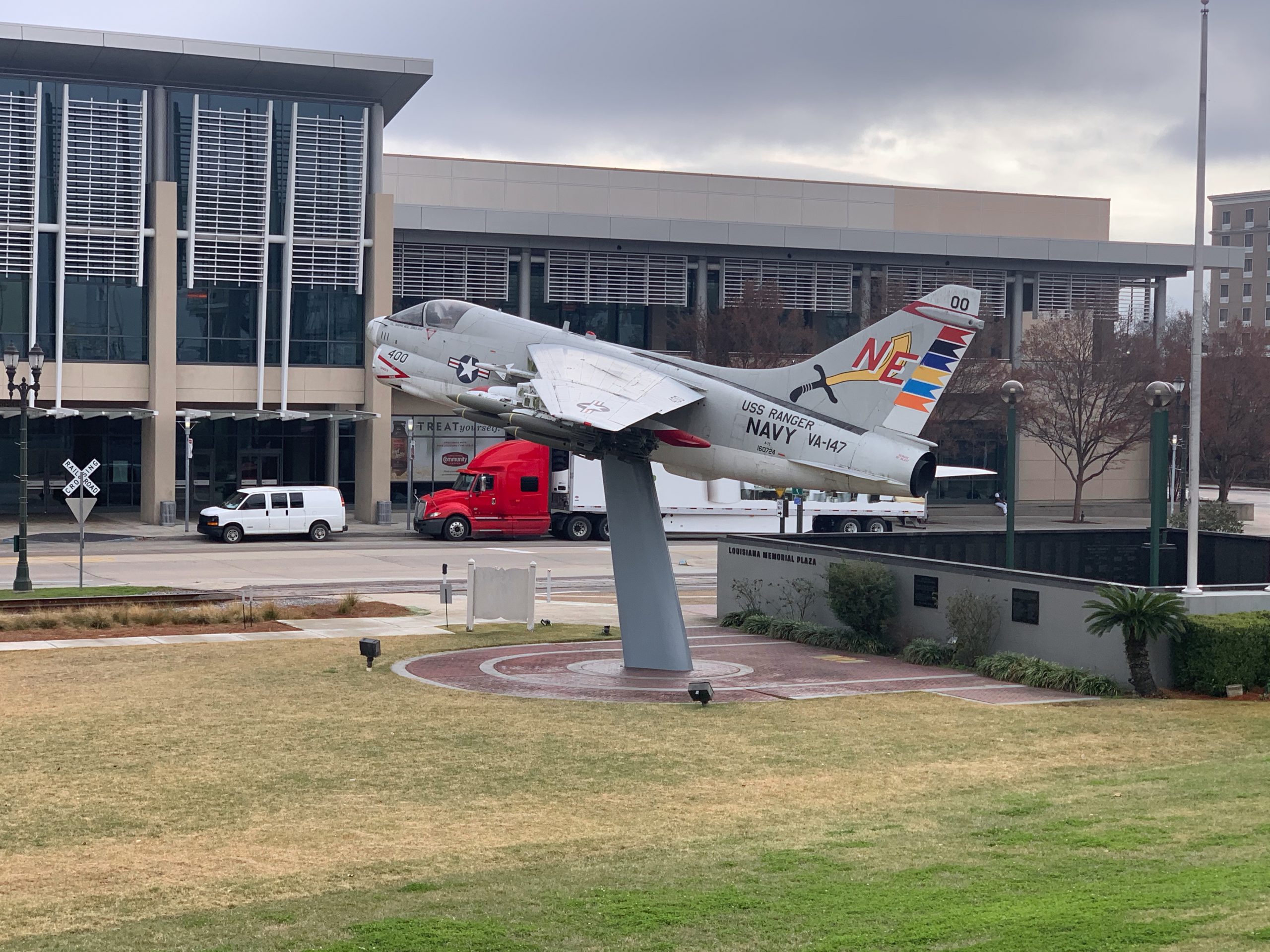 The last couple times I drove by Baton Rouge, I wanted to stop to see the Kidd. But I was pulling a 53 footer and knew that it would be busy with commuters and tourists. Today, been Christmas Day, was a perfect day to finally visit the USS Kidd Veterans’ Museum on the banks of the Mississippi River.

After crossing the 18-mile Atchafalaya Basin Bridge, coasting at a painful 55 mph, I was ready to go for a run. I parked in front of the River Cane’s River Center Arena and went to get a closer look at the USS Kidd, a WW II destroyer named after Admiral Kidd, who died on the bridge of the USS Arizona in Pearl Harbor.

I was surprised by the great vantage point from the observation deck of the Kidd on the Mississippi River as well as my rig parked by the arena.

I went for a run along the riverfront – it’s a 1.5 mile loop. There are long steps that go right along the river’s edge – great for stair running, doing push-ups and for some homeless people — sleeping on

I then moved the truck in front of the old State Capitol that resembled an old antebellum-style castle. I then visited the downtown parks and other greenspace that BR is renowned for.