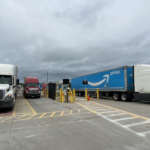 I arrived at the Amazon Fulfillment Center in Dallas hoping to deliver sometime Sunday morning. I waited in the long line of trucks that snaked all the way out to Frontage Road. How could this be? Was I even n the right line? I parked my truck and bolted by 30+ trucks to check in at the guard shack. "What's your ASA number?" the guard asked. I scanned the BOL, couldn't … END_OF_DOCUMENT_TOKEN_TO_BE_REPLACED 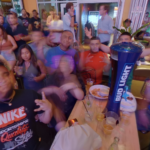 My Atlanta Hawks beat the Knicks to take a 3-1 lead in the Eastern Conference first round. Now it was time to root for another 5th seed to upset the 4th in the Western Conference. It was great to be at the American Airlines Arena for Game 4 of the playoff series with the Clippers. Even though I'm not a big Mavs fan, I love the game of basketball - it's fast paced, a lot … END_OF_DOCUMENT_TOKEN_TO_BE_REPLACED 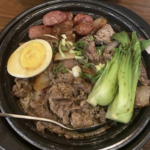 Rice to Meet You may not seem that inviting from the outside, but once you come in and try their assortment of clay pot dishes, you'll be impressed by how fresh and tasty they are. I returned to Chinatown after been gone for a year and parked at the Yun-Lu Center. Started out with coffee and WIFI at the Blk Dog Cafe Then my obligatory visit to H-Mart before settling down … END_OF_DOCUMENT_TOKEN_TO_BE_REPLACED

The military is operational and open for business again. Must be since I delivered a stack of flatbeds to Dyess Air Force Base in Abilene, TX. Hopefully, the military will allow movement of service members soon. The flatbeds are durable and rugged and manufactured by Dorsey Trailers in Elban, AL. This is the first time I used ratchet straps to secure a trailer. I found … END_OF_DOCUMENT_TOKEN_TO_BE_REPLACED 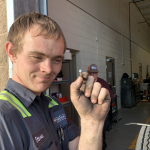 I was at the shipper in Alabama when one of the technicians who was cleaning up the parking lot noticed uneven wear on my steer. Good thing he pointed it out to me, cuz I never would have noticed - I'm not so observant on my pre-trips. And I didn't notice my ride getting any bumpier. Sure enough the tread on the outer toe of my driver's steer was as worn as a trampled … END_OF_DOCUMENT_TOKEN_TO_BE_REPLACED 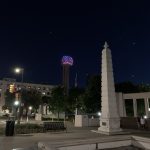 There's no river or sea, just a desert in Dallas. Big D is the home of the Cowboys, not the Mariners. Unlike it's sister city to the south, it has no container port, and it's not a major hub for anything except maybe trucking, trains and Uber. But one thing Dallas is known universally for is the most infamous assassination in modern history, and one that has altered the … END_OF_DOCUMENT_TOKEN_TO_BE_REPLACED