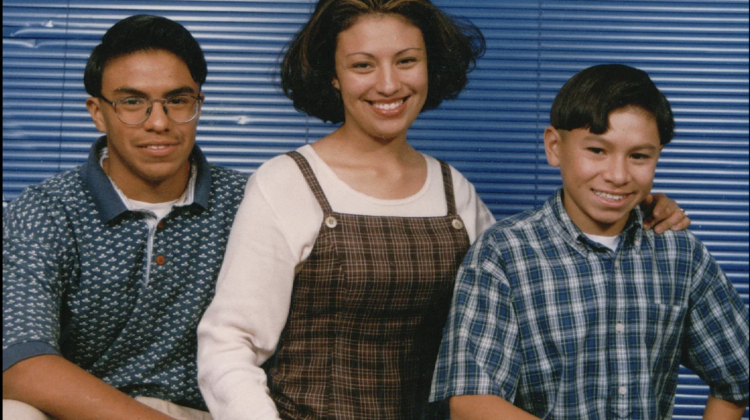 In one of our weekly rituals, we crossed paths with the Marine Corps Marathon runners at the Rock Creek and Potomac Parkway by the glamorous Kennedy Center for the Performing Arts. We enjoyed making small talk with other runners and meeting new friends along the way just like we did at neighborhood restaurants.

As we approached the scenic Hains Point peninsular, we saw hundreds of volunteers in blue, waving American flags with tribute posters commemorating the fallen.  What an inspiring and emotional way to honor and remember those who made their ultimate sacrifice.  I knew I would be sweating today, but no one told me that I would be crying also.

I was honored to meet Monica Velez who lost two brothers—one in 2004 in Iraq and one in 2006 in Afghanistan. She was running her first marathon to raise money for TAPS, a non-profit organization that helps families nationwide cope with the deaths of their fallen soldiers.

Corporal José “Freddy” Velez was killed in action in Fallujah in 2004 and was posthumously awarded the Silver Star.

“Oct 31st, 2004 was the last day we spoke to Freddie. His final words to us are, ‘Be Strong, Don’t Give Up.’ Still holding on to those words and that moment.”

Specialist Andrew Velez had the difficult task of escorting his brother’s body back to the United States. Two years later, he committed suicide in Afghanistan.

“Tell me more about TAPS.”

“TAPS helps brothers and sisters, fiancés, and battle buddies by providing counseling and grief support.  They get us all connected so we can talk about our grief and work through it together.”

“Being a sibling is a lot more than being a spouse and parent.  I expected to have my brothers with me for the rest of my life. With TAPS, I’m able to share my stories and help other family members. I’m able to reach two different spectrums of grief and help them go through the coping skills to get through each day.”

“Monica, your story really touches my heart. I want to thank both Freddy and Andrew who made their ultimate sacrifice You are a special angel – thank you for your service of gold.  Continue on your journey.”

“I remember our long runs together. I can hear my brothers cheering for me now.”

I stopped to give Monica a long embrace.

As we said our goodbyes, I promised myself to return next year.  If not to run, then to cheer runners along the course. I was deeply moved and inspired by their spirit and drive.  And for those who gave their lives, their sacrifices will not go in vain.