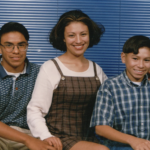 In one of our weekly rituals, we crossed paths with the Marine Corps Marathon runners at the Rock Creek and Potomac Parkway by the glamorous Kennedy Center for the Performing Arts. We enjoyed making small talk with other runners and meeting new friends along the way just like we did at neighborhood restaurants. As we approached the scenic Hains Point peninsular, we saw … END_OF_DOCUMENT_TOKEN_TO_BE_REPLACED 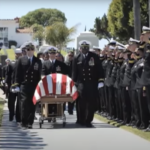 It has been 20 long years since terrorists-hijacked airplanes brought down the twin towers and struck the Pentagon. It’s a tragedy that’s seared into the souls of most Americans especially those who were directly affected. But with each passing year, there’s less commemoration as if our nation’s wounds have now been healed and the day becomes a distant memory. In fact the … END_OF_DOCUMENT_TOKEN_TO_BE_REPLACED 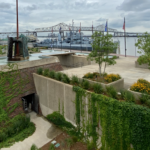 USS Kidd (DD-661) is the Fletcher class destroyer and the first Navy ship named after Admiral Isaac Kidd who died on the bridge of his flagship USS ARIZONA during the atack on Pearl Harbor On April 1945 she was struck by a kamikaze plane off the coast of Okinawa, killing 38 sailors and wounding 55 more. She was struck on starboard side right below the whaleboat is the … END_OF_DOCUMENT_TOKEN_TO_BE_REPLACED 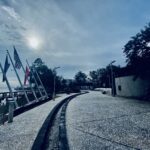 I left my heart in CHASN - she was my first permanent duty station after my commissioning, and she would be the last for tens of thousands of Sailors who watched the Ensign come down for the last time in 1996. I spent 15 months here, most of it at the Shipyard while the Strike Shamrock, USS O'Bannon, replaced her ASROC launcher with the 61 cell VLS launcher loaded with … END_OF_DOCUMENT_TOKEN_TO_BE_REPLACED

Photos by Jason Morenz The United States Air Force Band, in partnership with MGM National Harbor, presented A Salute to Service: Honoring America’s Heroes, featuring Chris Janson and Kellie Pickler, along with guest emcee Malika Andrews, and Max Impact, the premier rock band of the United States Air Force. “It was a huge honor to get to play with the Air Force Band … END_OF_DOCUMENT_TOKEN_TO_BE_REPLACED 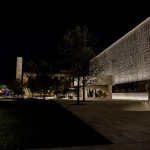 DC has it's share of great man memorials. And 2020 has been a year of controversy with many monuments throughout the US toppled and many more proposed to be removed. Thus it seems fitting that after 20 years of feuding, the last great man memorial in our generation - the Eisenhower tribute is unveiled. It was supposed to open in May on the 75th anniversary of D-Day, but due … END_OF_DOCUMENT_TOKEN_TO_BE_REPLACED