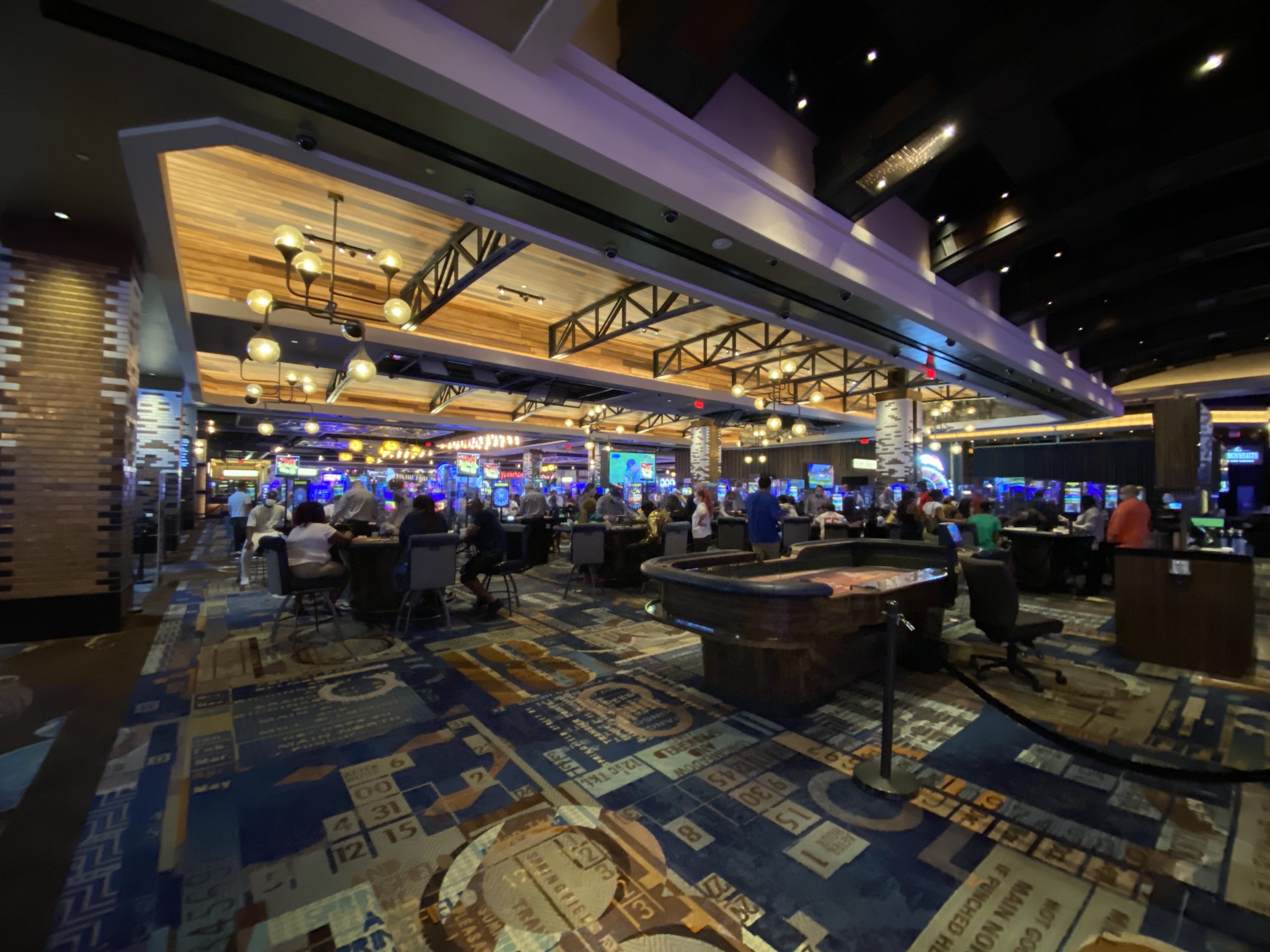 So after delivering the step-deck trailer to Hale’s, I made my way to Pride truck stop to get fuel and a shower. It’s the only place for truckers in Springfield, and was rudely informed that there were no showers and a two hour limit for parking. Can’t do my Ten here – guess I’m going elsewhere.

So I made a bee-line downtown, parked my rig at Court Square and headed to the grand casino.

As soon as I parked, I was approached by a female panhandler. I told her I didn’t have any cash but I would be glad to buy her some food. The area outside the casino is sketchy with lots of homeless people and incidents 24/7.

Last time I visited Springfield in May, MGM was still closed. After four months weathering the pandemic, the casino opened on July 13th. It’s a huge economic driver for the Northeast and Gov Baker has allowed this job haven to staying open non-stop. And there’s lots of late-night gamblers. The food court stays open till way past midnight and Bill’s Diner is 24/7.

In Mass, I’m a fan of seafood, and last year, I tried the clam chowder and fish and chips. This time I wanted to sample Asian cuisine, so I visited Wicked Noodle for some late night dining.

I ordered the Chinese Oxtail and was amazed by how the juicy morsels just melted in my mouth.

It was braised with ginger, garlic and Asian spices until tender and flavorful. I paired it with both the pork fried rice and the vegetable lo mein. Both were tasty and had the perfect amount of chives and spice.

One thing I noticed about MGM Springfield over the casinos in Ohio and Indiana is the use of plexiglass dividers at the casino tables. They’re six foot high and they allow only 4 players per table. There’s plenty of security walking around ensuring people keep social distancing and masks on and there’s sanitizers and hand washing stations at every corner.

In Ohio, there were lots of people smoking at the slots and sipping on their drinks, waiting for the cherries to line up. In Mass, smoking is not allowed although you can order drinks at the tables since you’re protected by the plexiglass dividers.

I see why people play slots – they’re bright and shiny and feature creative themes designed to lure customers. People do it to get out of the house, for excitement and as a form of social therapy.

Although the odds of winning is stacked against them, they are tantalized by the exciting announcements blasted every hour or so.

“The Five Play Draw Poker machine cashed out. Who will hit a jackpot next?”

Many people are truly winning, and some are even winning big. MGM Springfield’s payout return is 91.6% – I know because they’re required to disclose these numbers publicly.

Hitting jackpot however would never happen to me. First, I don’t like a game that requires virtually no skill. Second, my luck is so bad, I’d never win, and in the outside chance that I did, I’d accidentally TILT the machine.

I prefer Blackjack because the game requires skill and an informed strategy. Although you’re dependent on the face of the cards drawn, and there’s over 340 different hands you could get, there’s no way of telling.

You can attempt to count cards, but that’s always tricky. You assign each card a face value. Off the top, it seems common sense. You bet high when the count is high (ace, jack, queen, king remaining), and bet low when the count is low – that’s a sure sign that someone is card counting.

However, based on what you get dealt and what the dealer’s first card, you can actually make an educated decision to hit or stand, how much you want to wager and even whether you should double down.

Here’s an account of my visit last summer cheering some novice players as they won it big in Blackjack: