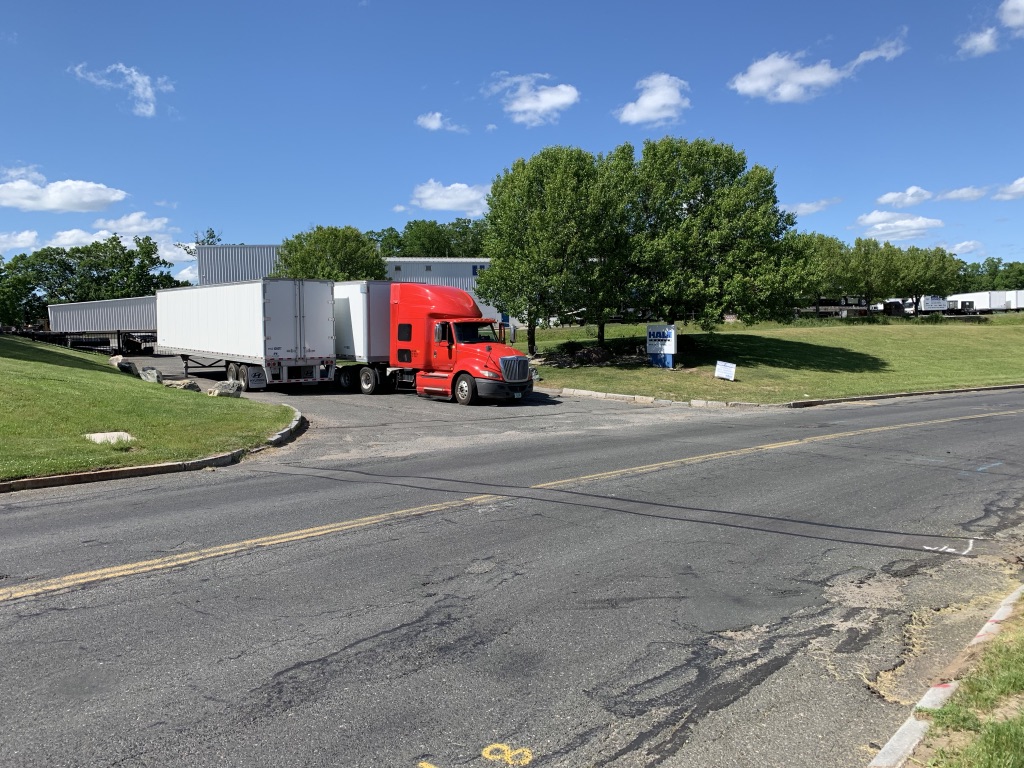 So I was told I could deliver the trailer to Hale Springfield over the weekend, even though the retailer was closed till Monday. But when I arrived, there was almost no where to drop the trailer. Someone had already dropped a trailer earlier and I didn’t want to block the entranceway into the yard.

Actually, the key is proper setup. I had to straddle both lanes since there was the other trailer which I didn’t want to hit and needed to leave enough room to my left when I lined up the truck with the trailer

Once I had the spot in my view in my sleeper side window, I cut hard left (instead of hard right). This caused the rear of my truck to turn left and the trailer right.

Then right before I reached 90 degree angle, I cut hard right to straighten up the truck with the trailer.

The restrictions is the lawn to the side with the large rocks. Also the roadway wasn’t that wide and I didn’t want to go over the grass when I cut right to straighten out.

Then I pulled up and backed in tight next to the other trailer so that there would be room for employees to go to work on Monday.