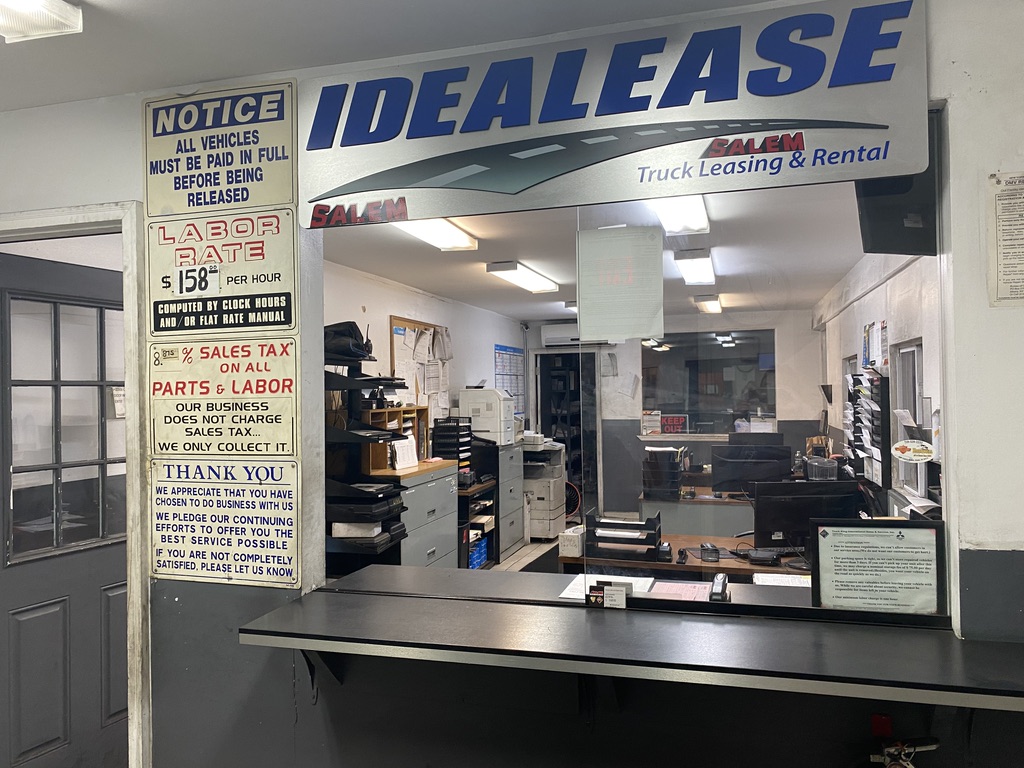 During the wee hours of the night, I was happy to get towed into the yard of Truck King International Bronx. Fortunately, unhooking the truck and re-installing the axles were a lot easier than the original hook-up (had to make sure we installed the right axle on each tandem). Didn’t have to wait long – workers arrived before dawn and the shop was buzzing by 6am.

But to my dismay they would not work on my truck until after the Fourth of July weekend.

“Gabe is off on Monday – long holiday weekend,” said the shop manager.

No worries, I booked a room at Hampton Inn at Times Square, and was relieved that the rates were so low.

Typically a hotel room in central Manhattan would start in the mid to upper hundreds – I was able to get a decent room for $80 plus tax. The location was sweet and from the rooftop of the Hampton Inn, I could hear the roar of the Blue Angels and Thunderbirds flying south to DC.

The weekend was peaceful and come Tuesday, I called the shop only to find out that Gabe had been dispatched to work on another truck. There was a bigger client that took precedence over me, and they tied up all resources.

Wed turned into Thursday – called again. It doesn’t look like Gabe can work on your truck this week at all. Hopefully beginning of next week.

Geez, it would have been nice to know this in advance. No worries, after spending 6 days in NYC, I would rent a car and head back to DC. At least there, I could get things done.

I could have easily asked for another tech – but I was confident that Gabe was the right man for the job. He was articulate, smart and had the experience of a master technician.

The following week, Gabe finally got to work on my truck. The only update I got was that there was corrosion in the battery terminals, and they were all cleaned thoroughly – that’s nice, but that wasn’t the reason why my truck stalled.

Finally, by Thursday, the service writer writer contacted me to inform me that the tech found air in my fuel line and would be replacing the Air inlet box / Water Separator – that was good news. A job like this is fairly standard with not too many moving parts.

“Going to send you an invoice for $1700 – please sign it so we can order the part and have it ready by Friday,” the writer said.

Geez, I should have purged the air out of the system myself.

I was elated – the price was reasonable and it was possible to get the truck before the weekend.

I quickly rented a car back to NYC. When I arrived in the Bronx, I was told that the part didn’t come in. So we would have to wait till Monday.

No worries, didn’t mind staying in town. This time I got a room at Holiday Inn Financial District for a great weekend rate of $80 per night.

By Monday, I was told Tuesday – the part came in, but we need an additional connector.

Tuesday morphed into Wednesday. And by the next day, I started to worry whether the truck would be ready this week at all.

Finally on Friday morning, the truck was ready. For some strange reason the price had morphed from 1700 to 2400 with no new findings and for nothing extra been done. As dismayed as I was, I was happy to retrieve my truck.

It had been three long weeks since my break down – the longest I’ve gone without seeing my truck.

Though the dealership did a good job with the diagnostics and repair – they took too long to complete a fairly standard repair. They didn’t keep me in the loop the entire time, and they treated me like I wasn’t a big deal.

It just dragged on, and the manager didn’t set realistic expectations.

I truly believe in letting everyone chip in. The customer, the mechanic, the manager – all can provide quality feedback and stay in the know.

NYC is a tough place to break down. If I had broken down somewhere else – say in the south or midwest – I would be back on the road within a week.