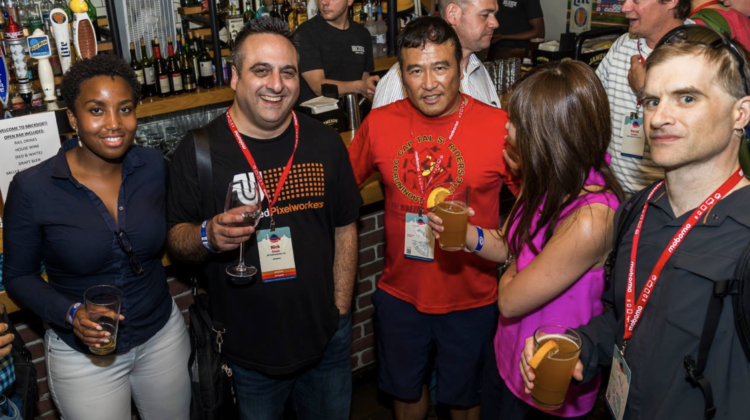 When a devastating EF-5 tornado struck Joplin, Mo. on May 22, 2011, I had the honor to volunteer with the AmeriCorps. I picked up a lot of debris and pulled a lot of broken branches, and I was amazed at the outpouring of support from Americans all over the country. People were offering services and supplies, and this information was posted on the Joplin Disaster Relief facebook page. But the information was disorderly and scattered and the donations were not managed effectively. So, I took the initiative to create an online database where volunteers could more easily track all donations and match them specifically with survivors depending on their specific needs.

Although I had no experience creating a content management system (CMS), I quickly learned on-the-go and became a huge proponent of Drupal, WordPress and other open source platforms. Necessity is indeed the mother of invention. Too bad it took a natural disaster for me to learn it.

Drupal shines as a technological marvel with speed and scalability. That’s why I chose Drupal to be the CMS for RUNINOut and travelled all the way to Vancouver to find a developer with a personable demeanor, who I could work with.

And when I returned to the DMV, I dove head first into the DC Drupal community and became a frequent attendee of their monthly meetups at the Stetson’s Bar on U Street.

What a peculiar place to have a tech discussion. It’s a cowboy bar without much paraphernalia or pretension. There’s pool, darts and a lasso when you walk in, but no mechanical bull. And the crowd is far from country. It’s mostly filled with yuppies and techies and a splattering of politicos. Rumor is that the Bush’s twins (Jenna and Barbara) would frequent with their security detail and imbibe on alcohol before they were of age. Also during the Clinton years, Monica Lewinsky would patronize while she was interning at the White House.

The monthly discourses were a great way to sharpen my skills, collaborate and network. There was always people hiring Drupal developers and if I had a question or issue, Drupalers were always willing to help. It was amazing how in-depth some of the topics that were covered and how engrossed we were for a noisy dive bar known for cheap drinks.

Drupal4Gov hosts the annual GovCon held at the National Institutes of Health in Bethesda, MD each July. This was always a good opportunity to get the latest state of Drupal, learn new features, tricks of the trade, and of course network. There was always something new and exciting on the horizon, but undeniably the most useful sessions were Birds of a Feather — informal gatherings to discuss a certain topic with no pre-planned agenda. And the topics were not limited to Drupal — coding, design, accessibility, devops, etc were all broached.

And after a long day of discussions, developers and technologists were eager to get together and socialize at the annual happy hour down the road at Bricksides on Cordelle Ave.

Drupalers strived to arrive during the open bar from 5-7 where any beer on tap was included: from Blue Moon with a juicy orange slice to a malty Guinness in a 20-ounce tulip pint. Thankfully our donor Mobomo had deep pockets and was extremely gracious. There was also plenty of finger foods such as phyllo-wrapped shrimp and chicken drumsticks.

The decor is modern and clean with an expansive exposed brick wall. There is a long wooden bar with plenty of seating and just a fun atmosphere. Brian Vasile, who also owns Grand Central in Adams Morgan designed the bar to hearken back to the Prohibition era. Distillery pipes make up the shelves behind the bar. and Baltimore’s street corner’s famous “Vote against Prohibition” written in faint white on the dining room wall.

“Hey did you hear that Stetson’s is closing?” I asked my friend Nick Grace.

After serving as a fixture on U Street for 35 years, Stetson’s would finally be serving it’s last call on Halloween night. Real estate prices downtown were going through the roof and the property was sold to Douglas Development for a couple of million.

“But Bricksides is relatively new and the appetizers are quite mouth watering,” I replied.

“Yeah, but nobody goes to Stetson’s for the food. It was bland and dry there, but the atmosphere was legendary. The place is full of memories. A lot of great discussion was had there, and a lot of code was debugged over Bud Lite and Blue Moon.”