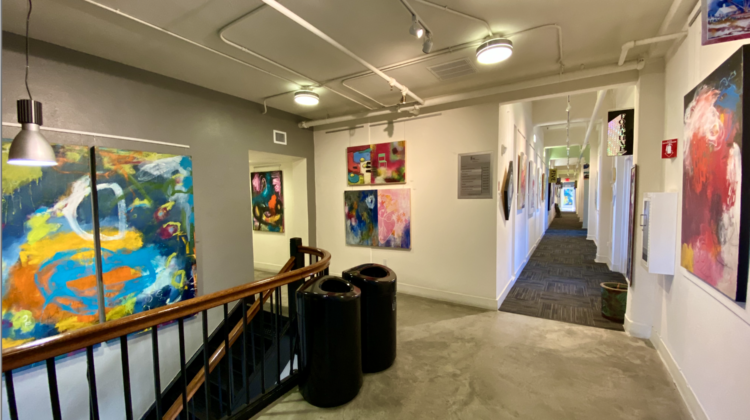 Today I had a stroll down memory lane. From 1986-87, I spent 15 months experiencing the most arduous challenge of my life — attending the Broadened Opportunities for Officer Selection and Training (BOOST), a one-year program designed to prepare Sailors and Marines with the necessary preparations to do well in college, NROTC and gain a commission.

Our classes were in Building 35 where we toiled in classes such as physics, algebra and chemistry. After school was military drilling, physical training, and hours-upon-hours of studying. We had little time for free time and life and we here were five companies with male and female-only floors. My company of 40 Track I and IIs stayed in Barracks 16. Bravo and Charlie Companies also stayed in John Paul Jones Court. Delta Company stayed down the road near Luce Auditorium.

With our location in sunny SOCAL, there were lots of extracurricular diversions, but we obviously didn’t have much free time to partake in the fun and festivities. We put our noses to the grindstone as we spent the vast majority of our time in our barracks at John Paul Jones Court.

There was tons of homework and studying, even on weekends, and the quiet and peaceful living in the barracks and the substantial chow at the Marine Corps Recruit Depot next door kept us happy and satisfied.

It was so surreal to discover that my old barracks had turned into an art studio and the exact room that I stayed in which had a great view of the airport and the skyline is now the San Diego Writer’s Ink.

I remember the first time we came into formation on Preble Field also known as the grinder. The Drill Sergeants couldn’t believe we didn’t how to do an about-face. It was a long battle, but we bumbled along begrudgingly and eventually yearned to hear “at ease” and “fall out”.

This wasn’t the most challenging part of BOOST. There was lots of studying – six classes a day over the next nine months. We started with algebra than geometry, trigonometry then pre-calculus. We also loaded up on chemistry and physics. And we took college prep English boosting our vocabulary and research writing skills.

The instruction was provided under contract by the San Diego Community College District with 25 faculty members, half having PhDs. We also had former military members provide tutoring such as Admiral Dietzen, a distinguished WW II vet.

Since the majority of the student body were minorities, most were not provided college-level curriculum in high school. BOOST was here to bridge the gap so we would succeed in college or the Naval Academy. My favorite advisor was Ada Hunt who cared about all 300+ of the students as if we were her own children. She would always stay late to answer any questions we may have so we could succeed, graduate and hopefully gain our commission.

But sadly, BOOST was established to have an attrition rate of 33%. Who can forget the first time we all gathered in Luce auditorium.

“Look to the left, Look to your right. One of you three will likely not be here next year.” This was honest and crude, but the statement was so true.