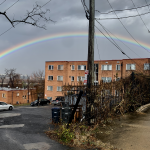 I drove 2,000 miles from Laredo TX so I can attend the initial hearing with my tenant at Wade Road. Actually, that wasn't the only reason. There's also the annual HOA meeting which I have attended in years. After delivering the circus load from NYC to McAllen, I felt fortunate to find a power only load from Eagle Pass, TX heading back. It paid $2,600 which isn't much, … END_OF_DOCUMENT_TOKEN_TO_BE_REPLACED 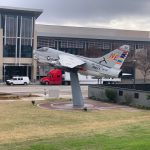 The last couple times I drove by Baton Rouge, I wanted to stop to see the Kidd. But I was pulling a 53 footer and knew that it would be busy with commuters and tourists. Today, been Christmas Day, was a perfect day to finally visit the USS Kidd Veterans' Museum on the banks of the Mississippi River. After crossing the 18-mile Atchafalaya Basin Bridge, coasting at a … END_OF_DOCUMENT_TOKEN_TO_BE_REPLACED 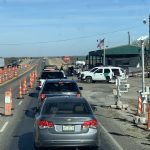 Drove from Laredo to another bordertown Eagle Pass. Utility recently built a sales facility on 40 acres of land on US-57 only three miles away from  its new refrigerated trailer factory in Piedras Negras, Coahuila, Mexico. It's a brand new state-of-the-art facility and they've yet to update their location on Google. In fact, Google has two locations for the Utility … END_OF_DOCUMENT_TOKEN_TO_BE_REPLACED 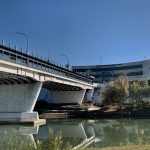 It is a border town in South Texas, and like all towns abutting the Rio Grande, it has a bad rap for violent crime and drug cartels. With my load completed in Donna and enroute to another border town: Eagle Pass to pick up a reefer trailer from Utility, I decided to stop midway in Laredo to check out the notorious border. There were thousands of cars and many … END_OF_DOCUMENT_TOKEN_TO_BE_REPLACED 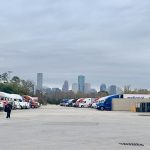 Nary a metropolitan location where you can park your rig, hop on a commuter train and be downtown in minutes. Well at the Love's on Patron in the U.S. Fourth largest city, you can. With the skyline looming in the near distance, the truck stop is a crown jewel among city truck stops. There's plenty of parking and the Houston Metro train is minutes away. Running as … END_OF_DOCUMENT_TOKEN_TO_BE_REPLACED