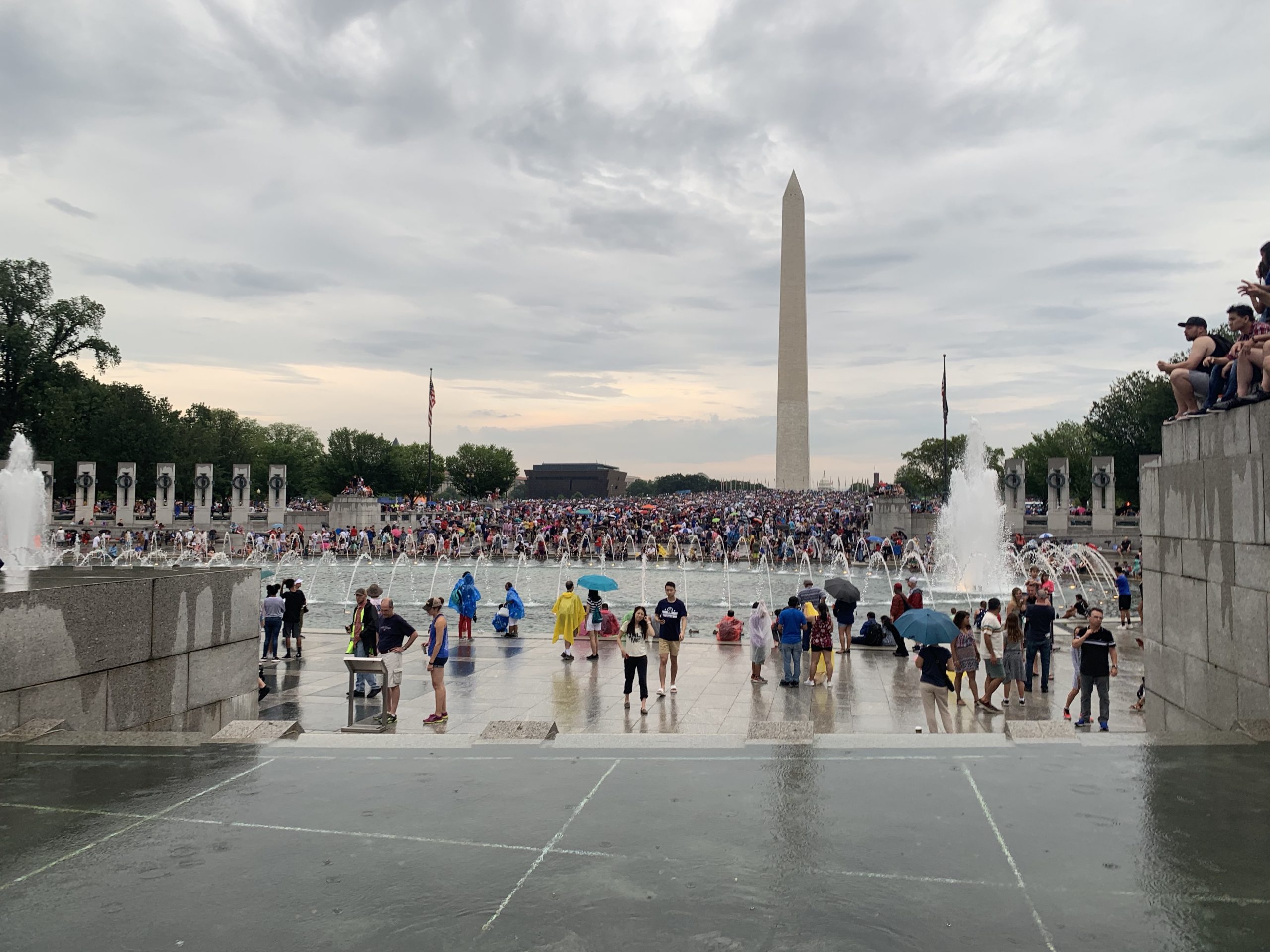 I rushed from Boston on July 3rd to DC to attend Trump’s Salute to America. There’s very few things about Trump that I am excited about, and this is one of them.

First there was a big parade. Then the Fireworks show at the Lincoln Memorial. Flanked by Bradley armored vehicles and M1A2 tanks in front of the statue of Abraham Lincoln, Trump paid homage to the five branches of the military as a chorus sang each service hymn and he cued the arrival of fighter jets, helicopters, Air Force One and other military aircraft as they roared overhead.

Speaking to a rain-soaked audience filled with troops decked out in “Make America Great Again” and “Trump 2020” paraphernalia, the president finally presided over the grand military display that he has wanted since witnessing the Bastille Day parade in Paris two years ago.

In a 45-minute speech surprisingly non-partisan speech the president singled out a long list of Americans for their contributions to science, medicine, politics and the arts. He also spun a history that praised everything from the civil rights movement to space exploration and praised everyone from the suffragists to Harriet Tubman to Chuck Yeager. But he spent most of his time recounting the progression of the armed forces, ending his remarks as the “Battle Hymn of the Republic” blared through huge speakers and the Blue Angels soared overhead.

Surprisingly, it was non-political and above reproach.

“Big 4th of July in D.C. ‘Salute to America.’ The Pentagon & our great Military Leaders are thrilled to be doing this & showing to the American people, among other things, the strongest and most advanced Military anywhere in the World. Incredible Flyovers & biggest ever Fireworks!” the president tweeted

The extravaganza this year, cost about $13 million – double of the cost of previous years. Will he host another big show next year, possibly his last as President?