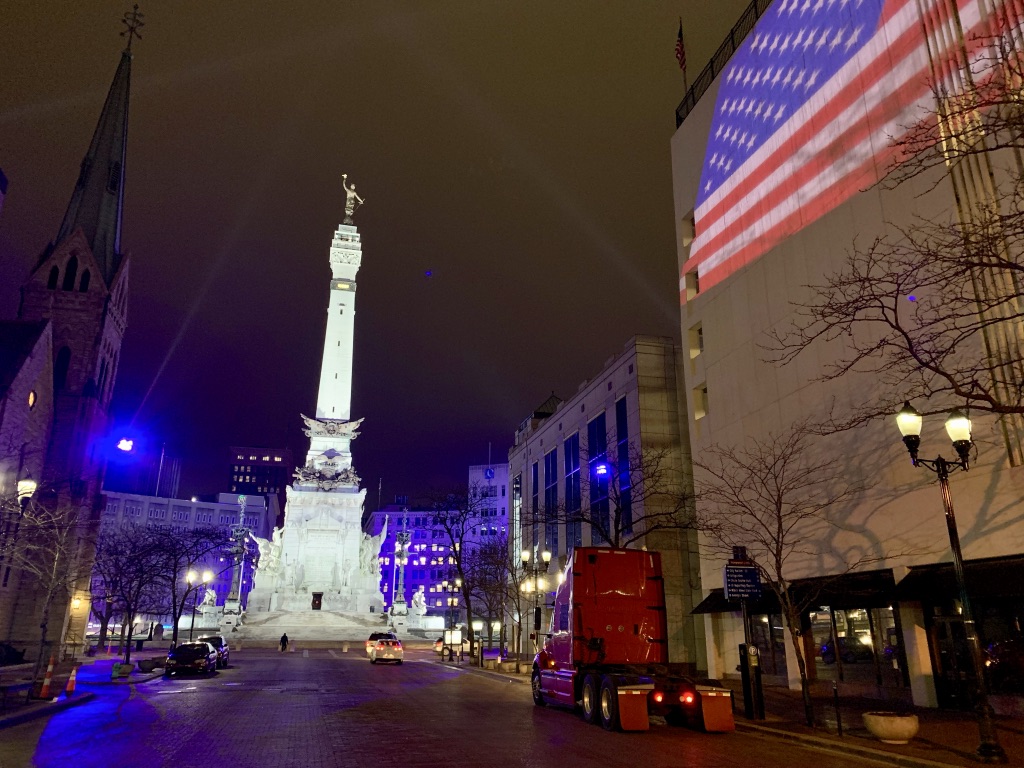 When I think of Indy, I think of NASCAR and speedways. What doesn’t come immediately to my mind is Memorials and parkways.

This capital city on Indiana is a little big town that despite what pundits would say, has a huge wartime heritage and a lot of fun-loving things to do.

Lately Indy has gone through major revitalization and young people are moving back in droves.

So in Indy, I was pleasantly surprised and enamored by the breadth and depth of the numerous war memorials commemorating from the Revolutionary War to the Civil War.

There’s more military history here than military cities such as Annapolis and Norfolk. The Navy’s representation here is impressive and they don’t even have a body of water.

I went to sleep on the grounds of the Indianapolis medical school. In the morning, I went for a leisurely 2-mile run along the canal walk. There were more monuments and architecture. Reminded me of running along the Thames River in England.

The sinking of the USS Indianapolis was the greatest single loss of life for a US Navy ship. Of the nearly 1,200 aboard only 316 survived. The vast majority died of dehydration, drowning and many were eaten by sharks.

CAPT McVay was later court-martialed for failure to put the ship in zig zag formation which would have helped prevent a torpedo attack. In 2000 he was exonerated posthumorously.

Tribute to Two Brothers
The Skies are Blue
Westward Ho!