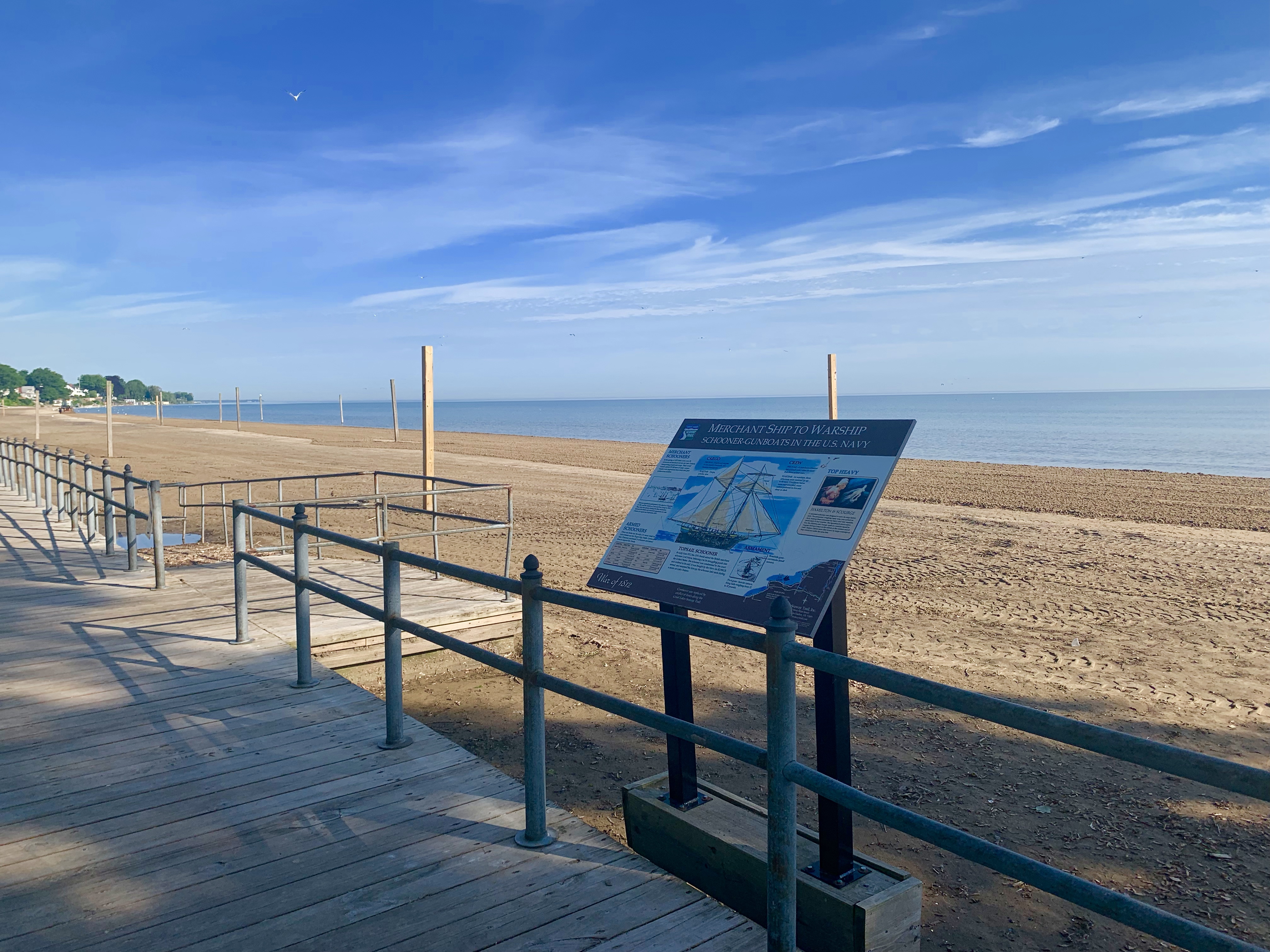 I last visited the Great Lakes 20 summers ago. The Navy was conducting a three-month, 16-port recruiting cruise to showcase the cutting-edge maritime forces and to show the Midwest how their tax dollars were been put to good use. In addition to recruiting and outreach, the deployment of the USS Clark (FFG-11) provided an opportunity to conduct multi-national operations with our perennial allies from the North.  It was a unique opportunity for the Royal Canadian Navy and a cruise where every American Sailor dreamed of embarking on. That blistering hot summer in 1999, the Great Lakes was experiencing the lowest water levels in decades. Ships were stuck pier-side for days on end due to low water levels, a sure sign of the Greenhouse effect on climate change.

That blistering hot summer in 1999, the Great Lakes was experiencing the lowest water levels in decades. Ships were stuck pier-side for days on end due to low water levels, a sure sign of the Greenhouse Effect on climate change.

That is why swimming at Lake Ontario Beach was quite unique. First with overcast skies and lower than normal temperatures the water was still a frigid mid-50s – unseasonably low for mid-June, but a refreshing feeling none- the-less for my road-weary bones.

Lake Ontario, the last lake in the chain of five and the gateway to the St. Lawrence Seaway is perceptibly the most polluted. But for this grimy body that hadn’t bathed for days, it was more than satisfying. The icy waters provided cold-water immersion therapy boosting my immune system and my spirits.

That’s because the body literally goes through shock when you take a dip and reacts by releasing the stress hormone cortisol.

The good thing about Rochester summers is that it rarely gets hot. That’s because both Lake Ontario and Erie moderates hot air masses that move to the region.

The bad thing about this summer was the flooding had taken a toll on the shoreline, significantly reducing beach area, raising E-coli levels and even closing some beach areas for the season.

Rochester, the former home of Eastman Kodak and predominately a manufacturing town is a poster child of post-industrial urban decline.

It has a high unemployment rate with nearly a third of residents living below the poverty line. Despite losing residents to mass-exodus to the cities, the outlook for jobs today is steadily improving.

The city is experiencing a startup renaissance with downtown returning back from the throes of death.

After decades of decline, Kodak declared bankruptcy in 2012 and many of their buildings have been demolished or on the list for the cutting block.  But new-venture businesses are moving back to the decrepit Eastman Business Park, turning the downtrodden ghost-town into a venerable tech hub.

And Rochester can attract more than businesses. Overlooking expansive Lake Ontario, it is also home to a couple of picturesque beaches and idyllic camp grounds where New Yorkers and out-of-staters have flocked to as soon as the spring-time weather starts to break.

And Ontario Beach is where I found a welcomed respite from the stress-filled regimen of the open road.  The calm lake, with crystal-clear water beckoned me to take a refreshing dip and the cold water felt relaxing and invigorating.

This is when I realized the balmy Great Lakes had an edge over the surf-ridden seacoast. It wasn’t sunny Florida, but I didn’t have to fight over a parking spot and didn’t have to battle the crowds to find my treasured spot to camp out.

Rochester, I soon will return.