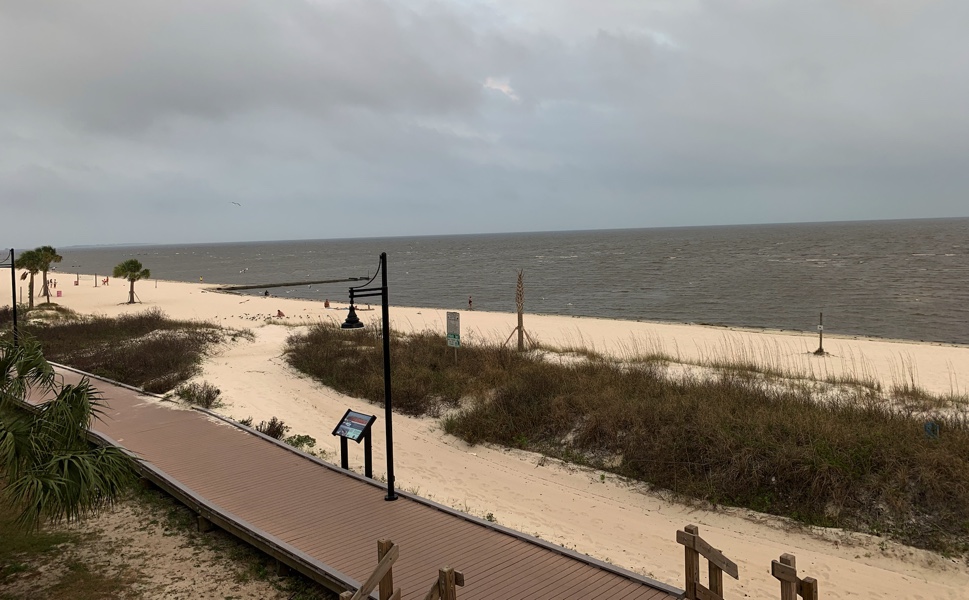 There’s only a few beaches in the US that’s still open and Biloxi Beach on Mississippi’s Gulf Coast is one of them. The community has taken its toll over the years, and though Katrina was 15 years ago, it has taken this long to fully recover. It was not by will, but by policy since insurance payments have been mired in red tape. In 2010, there was the devastating BP Deepwater Horizon oil spill, littering the gulf coast with nasty tar balls.

Last summer the beaches had to close for two months due to the blue-green Harmful Algal Bloom (HAB) which can be toxic to humans and marine life. The Algae formed due to the intense spring flooding over the Bonnet-Carre Spillway. Water which contained nutrient-rich fertilizer then fed the algae which enveloped the Gulf. The algae has been reported to cause rashes, stomach cramps, vomiting, and diarrhea.

Now that the water is swimmable, just in time for spring break when the coronavirus hit like a storm. Governor Tate Reeves knows full and well the economic impact of natural disasters and diseases. He was State Treasurer, Lt. Governor for 8 years and now the recently inaugurated Republican Governor.

Last Tuesday Tate issued an executive order which overrides the directives of cities and counties that “considers most businesses in the state as ‘essential’ and are therefore exempt” from orders to shut down.

Tate stated that “Mississippi’s never going to be China.” So far, the state has had seen about 500 cases of coronavirus with six deaths. Neighboring New Orleans, on the other hand, is set to become the epicenter of coronavirus spread in the U.S.

Biloxi, home of Keesler Air Force Base boasts the longest man-made beach in the world. The soft, white sand was imported from Florida and unlike the sunshine state, there are not miles of condos and hotels. Also unlike Florida beaches, there is no surf and the water which flows from Lake Pontrachain is a bit murky, brown and warm, and totally fine to submerge your body and swim.

Having parked at the nearby Love’s Truck Stop, I wanted to see for my self how Biloxi Beach was doing with the lockdown. One glaring omission from the beach scene was the closure of all casinos which employs over 37,000 people and brings in $1.6 billion in wages across the state.

I first visited The Reef which has a million dollar view of the beach. I ordered curbside and then proceeded to the balcony to enjoy my meal and brew with the view of the windy Gulf coast.

Thankfully the restaurants were still open. And I enjoyed a double course of Shrimp Alfredo and Alligator bites along with the local IPA (Biloxi is open container all over the city)

At next door South Beach Hotel, where rates have plummeted to about $100 a night for up to 4 guests, things were business as normal at the community pool

People tell me not to swim in these waters. It’s not BP oil spill – that was 10 years ago. It’s because the polluted water that flows from the Mississippi River stays in the bay since the tide doesn’t come into the bay to regenerate the waters. Maybe so, but I didn’t have a problem swimming in it. I’ve swam in the Potomac/Anacostia River before and I never got sick.