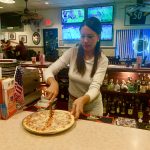 The city sits low key along the bank of the Hudson River with steep mountain ranges in the background. It is only 60 miles north of NYC and a half hour from prestigious West Point, but it could be on the other side of the world. It used to be known as the "All American City." During its heyday in the 50's, New Yorkers flocked there to shop on Broadway or to stroll down … END_OF_DOCUMENT_TOKEN_TO_BE_REPLACED 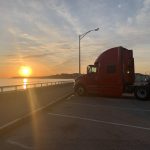 Call me nuts, but the water in Natasket Beach in late October really isn't too cold to go for a dip. Yes cold water can put you in immediate shock and kill quickly. It could make your limbs heavy, and you can aspirate water and drown. But as long as you gradually ease in, splashing water on myself as I acclimate to the frigid domain. From shallow to knee deep, than to … END_OF_DOCUMENT_TOKEN_TO_BE_REPLACED

So I accepted my first container load.  This isn't a port of port of Baltimore, but instead I was dispatched to an Army Reserve Base in Schuylkill Haven, PA.   Yes, like many names in this funny-name state, it took a long time for me to learn how to pronounce it.  The name means hidden river, and it was given by Dutch settlers who discovered its mouth hidden … END_OF_DOCUMENT_TOKEN_TO_BE_REPLACED 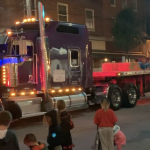 My delivery to Proctor & Gamble brought me to Shippensburg, PA. A college town in the Cumberland Valley just a hop, skip and a jump from Baltimore and DC., one that had always eluded me. Unlike the majority of the trucks coming in and out of the massive distribution center, I wasn't shipping anything today, just delivering an empty trailer for Convoy, a billion-dollar … END_OF_DOCUMENT_TOKEN_TO_BE_REPLACED 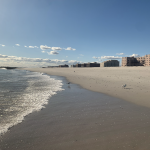 It's nearly 120 miles long and it's practically the largest suburb of the New York City Metropolitan area. Over 7.5 million people live there. New Yorkers love taking long, peaceful walks within the endless miles of pristine coastline and don't mind the hour plus commute to work, the rail line is easy and reliable, and what's an hour to a New Yorker anyways. Formed … END_OF_DOCUMENT_TOKEN_TO_BE_REPLACED