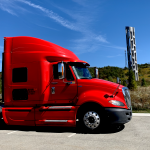 What's unique about the Flight 93 Memorial is that it's not located in busy New York City or next to the world's largest military building. Instead it's located in the middle of an empty field in Stonycreek Township in Somerset County, PA. After the three jetliners hit their targets, the fourth was planned to hit the U.S. Capitol. Instead, heroic passengers took over … END_OF_DOCUMENT_TOKEN_TO_BE_REPLACED 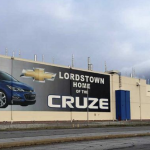 It's called Lordstown, the only place in the world with that name, and they're living on a wing and a prayer. This forsaken, rural town just 30 miles northeast of Youngstown has gone through tough times before, but never as devastating as this one. After all, this charming Ohio town used to be the treasured gem of General Motors In the 1960s, when the Chevy was the poster … END_OF_DOCUMENT_TOKEN_TO_BE_REPLACED 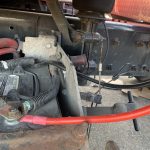 hook the cables to the terminals of your batteries … END_OF_DOCUMENT_TOKEN_TO_BE_REPLACED 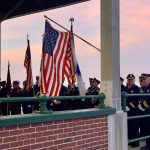 It has been 18 long years since terrorists-hijacked airplanes brought down the twin towers and struck the Pentagon. It's a tragedy that's seared into the souls of most Americans especially those who were directly affected. But with each passing year, there's less commemoration as if our nation's wounds have now been healed and the day becomes a distant memory. In fact … END_OF_DOCUMENT_TOKEN_TO_BE_REPLACED

If you're driving into New York City, this is the last place you can stop and grab a bite and a breather before you head into the crazy jungle they call Manhattan. Vince Lombardi is a 14-acre state-owned rest area on the New Jersey turnpike right before the scenic George Washington Bridge. "The Vince" is filled with motorists and truckers hoping to grab a bite of … END_OF_DOCUMENT_TOKEN_TO_BE_REPLACED