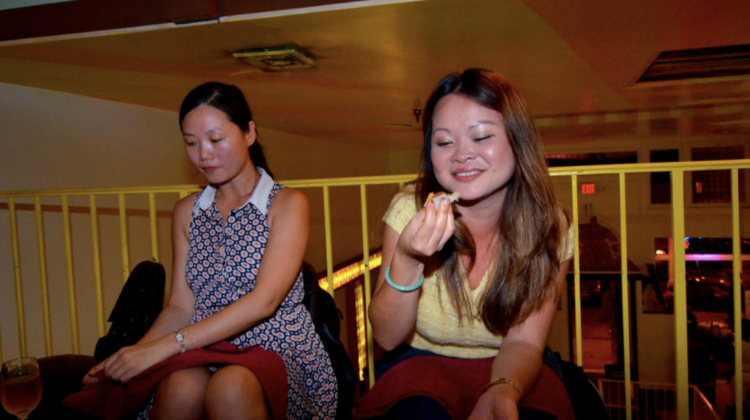 When Meskerem opened on March 15, 1985, there wasn’t much of Ethiopia in DC. Its owners were amongst the first wave of immigrants who fled their homeland after a Marxist military junta overthrew the Emperor Haile Selassie in 1974. That coup triggered the the civil war between Ethiopia and Eritrea that lasted until 2000 with the final peace agreement not been signed until 2018.

Both Ethiopian and Eritrean refugees settled down near the Adams Morgan neighborhood in DC, a culturally diverse neighborhood known for its eclectic dining scene. The name AdMo is derived from two formerly segregated elementary schools and when the sun goes down, the laid-back 18th St transformed into a mile-long party zone.

The popularity and vibrant nightlife increased rent prices so a lot of the Ethiopian entrepreneurs purchased dilapidated properties on U St and 9th NW that had not fully recovered from the 1968 riots.

Eventually the number of Ethiopian eateries got so dense that several community leaders petitioned the DC government to rename the block “Little Ethiopia.” That petition was overruled since its location in Shaw was near Howard Theater and doing so would replace the “Black Broadway” moniker.

And through the years, owners Mohaba Mohammed and his sister, Nafisa Said kept the restaurant running, eventually becoming the oldest Ethiopian restaurant in the US. The restaurant was instrumental in shaping the personality of Adams Morgan into the vast melting pot that it is today.

So when Jackie invited me to join her for the Ethiopian dinner at Meskerem, I was delighted to attend. There was a fairly large group of diners who were mostly Ethiopian cuisine neophytes. We didn’t sit on elegant wooden chairs or eat from pristine table tops. We were seated instead on traditional cushioned low chairs next to knee-high round tables made out of basket weave.

Most of our group ordered the Meskerem Messob — mixed special which included beef, chicken, lamb, veggies and unlimited injera all for $13.50 per person. A few ordered the veggie-only version. The dishes were anything but boring. The healthy portions included ruby beets, lentils, salad, carrots, green beans, chickpeas and flavored with garlic, paprika and rosemary. The platter was fairly big and it was meant to be shared with others at your table.

Sharing with others meant teamwork, better conversation and synergy. We enjoyed our spicy palette of delicious curry-like stews accompanied by honey wine or St George, the national beer of Ethiopia.

The soft, stretchy, spongy flatbread doubled as an eating utensil and the hands still get plenty messy.

“Is this the messiest you’ve ever gotten eating with your hands?” I asked my friend Yoomie Huynh.

“Close, but not quite. The messiest I’ve ever gotten was at the Ben’s Chili Bowl half smoke eating contest during the H Street Festival. I didn’t win, but I ate everything in sight.”

Jackie enjoyed working with Mohaba and Nafisa in organizing the event.

“It brought lots of people from all different nationalities together to share a meal, a chat and a smile,” she said.

Less than a year later, Meskerem — after been opened everyday since March 15, 1985, suddenly closed. The owners held down the fort and watched as one after another, Ethiopian eateries closed or relocated to U St or the burbs in Maryland and Northern Virginia. And after 30 years, they decided to sell the property to developers and retire from the limelight.

And with that according to Tim Carman, food reporter at the Washington Post, “the neighborhood’s connection to that first wave of war-weary immigrants appears to be severed forever.”