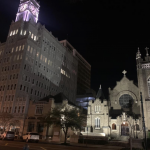 I arrived in Jackson with an inexplicable itch to see the sights and sounds of the Mississippi capital. The last and only time I visited the Magnolia state was Starkville to tour the John C. Stennis Institute in Starkville. Since then I've only heard and read bad things from the media about poverty, healthcare and sub-par education. Many people derided Mississippi as one … END_OF_DOCUMENT_TOKEN_TO_BE_REPLACED 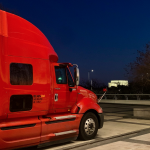 It was early January, and this was before the Coronavirus became a buzzword. I arrived at the newly-renovated Kennedy Center at my scheduled time. There were already half a dozen trucks there - chrome rims amongst the brass and glitz of the highly-acclaimed Kennedy Center. We were here to move the critically-acclaimed musical "Come Far Away" from DC to … END_OF_DOCUMENT_TOKEN_TO_BE_REPLACED 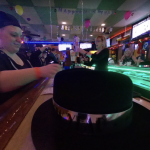 Been a trucker, I often miss out on major holidays and events. Just as with Christmas, New Years was spent on the road delivering a reefer to US Foods near Philly. Couldn't go home after my load because I had to pick up a trailer from Clark Transfer in Harrisburg. So I spent my New Years eve with new friends at Flashbacks in Lester, PA - walk I still remember … END_OF_DOCUMENT_TOKEN_TO_BE_REPLACED